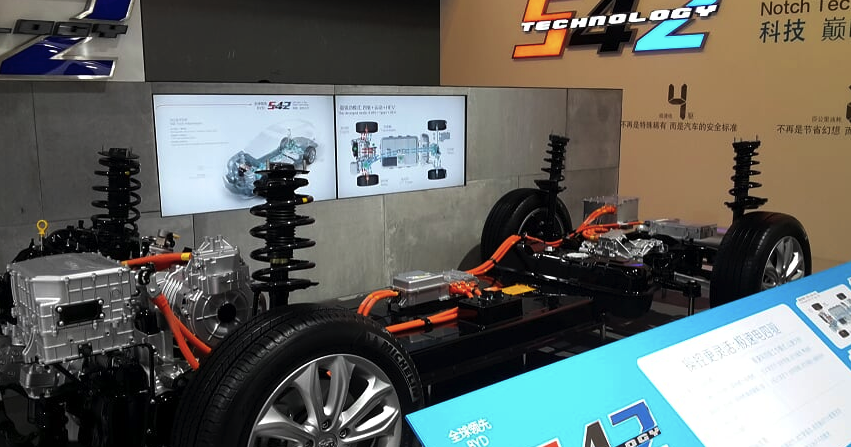 Does this mean ” Who killed the electric car ? ” gonna repeat again ?

I agree that 2030 is an ambitious target for Indian market where still no significant growth in the companies related to electric vehicles, components and infrastructure. Keeping latest pollution norms into consideration and provided automotive sector is the major contributor for the air pollution, I think setting this kind of ambitious norms is very critical and will help to implement the strategies more quickly and also effectively.

First of all we must think if we have any other choice to reduce the air pollution. The statement of Mercedes chief that electric vehicles by 2030 is not viable in India reflects the pessimistic attitude of conventional automotive sector executives towards electric vehicles. Large automotive organisations been working on electric vehicle technologies since decades and unable to make a commercially viable vehicle. But companies like Tesla, BYD, Mahindra Electric did proved making commercially viable vehicles not impossible, though they have their own target markets.

We all know, be it an individual, a team, a Nation, unless we aim high we can’t achieve our goals. Yes, one should do their part of hard work to achieve the goal. Its an open secret and everyone knows about it. Technology advancements in Lithium batteries, Power electronics applications in Battery management systems, Motor controls and drives has made electric vehicles more viable and realising the EVs. Now a days only drawback of electric vehicles is slow refuelling and limited range per charge. It also has a solution like setup of charging infrastructure in a city and inter city which will encourage one to buy electric vehicles.

As per Mercedes Chief ” By 2040, the whole world will be driving home hydrogen cars. To me the whole plan to go electric nationwide looks like a rushed with idea.”  I personally think hydrogen technology is already few decades old and no one worked to make a commercially acceptable product till date and as now electric vehicles are the need of the hour, everyone talking about Hydrogen fuelled vehicles and biasing the market towards Hybrid vehicles. Companies could have worked on Hybrid vehicles few decades earlier as this tech already exists then. The statements promoting hydrogen power vehicles are merely a political perception and trying to bias the market.

I also strongly agree that Government has to do its part in addition to this strict goal setting. In my view, Government can implement the below ways to help Electric vehicles

If the above measures are taken care, no doubt India can reach its dream of complete electric vehicles by 2030.

If any suggestions or questions, Don’t hesitate to message me on any of the below social media sites ,I would answer you soon.